Concentric Media is a small independent production company, which makes and distributes documentary media. Our documentaries share stories of individuals and communities working toward social justice and human rights. Subjects range from progressive education to holistic healing; from the universal connection between faiths, to election integrity. 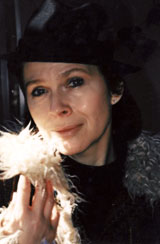 Dorothy lives in Menlo Park, CA, with her husband James Fadiman. They have two daughters, Renee and Maria. Dorothy moved to California to pursue graduate work in communication studies at Stanford University. In 1974, while she was trying to write a book about the light of Spirit, she was approached by a filmmaker, Michael Wiese, who suggested they make a film together. That collaboration became RADIANCE, her first production. Since then she has produced more than 20 films. Her book PRODUCING with PASSION: Making Films that Change the World follows her career and offers specific suggestions for independent filmmakers to use in their work as they find their unique voices through filmmaking. Dorothy teaches, gives seminars, leads workshops, and trains interns in filmmaking. Download bio: short   long

Marlo McKenzie is a producer, storyteller and media maker originally from the Detroit area. She has studied language in France, worked in theater in Germany and was a Co-Founder and Producer at a video production company in Australia that trains underserved youth. Her creative work has been projected onto Coit Tower in San Francisco, exhibited and screened in Australia as well as the US. Marlo holds a M.F.A from the College of Fine Arts in Sydney, Australia and a B.A. in telecommunication and digital media arts from Michigan State University. She believes in leveraging the power of media to create a shift in thought and action that will positively transform the world.